a challenge ... I will always treasure

Arriving at Dublin Airport and seeing the heavy grey clouds and rain, I wondered if I did the right thing by leaving my family and girlfriend in Germany where the weather was great. After finding the bus stop, I was soon on my way to Carrick on Suir and hoping that the driver will let me know when we have reached Carrick. I tried not to sleep incase I miss my stop and land up in a strange village. Eventually after three hours I heard the driver shout out "Carrick on Suir" anyone for Carrick. YES I shouted out.

Getting off the bus, I stopped to confirm that I was actually at my destination- right plane, right bus station, right bus and thought "good man" you made it and did not even get lost. I was met by a very nice senior co-worker and taken to the farm where I was going to spend my next twelve months. With just a few moments in the car, I realised that I needed to improve my English soon as I hardly understood what was being said to me.

On arriving at the farm, I was met by a short term female co-worker, a male resident, another senior co-worker and her daughter and not to forget their little dog as well. My room was upstairs in the Long House (A two story building) which is situated at the enterance to the farm. I was pleased that my workshop was going to be on the farm (thats what I hoped for). So the first impression I got about the community was that everyone was friendly and made me feel at home.

Within two weeks I met all the other co-workers, residents and day attendees attached to the various houses. There is an estate in town where most people are living and houses in a newly built housing complex close to the farm. Altogether there are about forty five people who live and work in the various workshops in the community. It was always a pleasure for me to do my duties alongside the people in care, I learnt so much from them. The daily work included feeding dogs, sheep, a cat that always hunted for rabbits and brought them into the house, taking care and milking the cow Beauty, collecting the eggs from the hen house, turkeys, geese and pigs. Once the feeding was done, the days were spent at cutting hedges (which seem to grow over night), repairing tools and fences, replacing broken fence posts and spreading manure (organic) on the hay fields which was a little tiring.

Also, I enjoyed the time spent on Wednesday evenings when everyone in the community goes to the local pub for a pint. Often our house went on house outings for walks, visiting castles and different beaches which gave me the oppotunity to see many parts of Ireland. On my days off, Icould get around with the local bus transport to many places which was an added bonus of going to a community in town. Meeting every morning except a Saturday for the "Gatherings" was great, where everone in the community got together to discuss the diary of events for the week.

Suddenly I realised that there were only two weeks left before I had to go back home to Germany. HOW TIME FLIES when you enjoy what you do. Reflecting back on my months in the community, I made friends with eight nationalities or more, had many - many good days and of course a few bad days, laughed a lot and so many other things which made my time in the community well woth it.

I had no experiance in caring for young adults with a learning disability as I work in the financial world. So this was a challenge for me which I will always treasure and most certainly keep everyone who I met in my thoughts. Thank you for the experiance and good luck for the future. 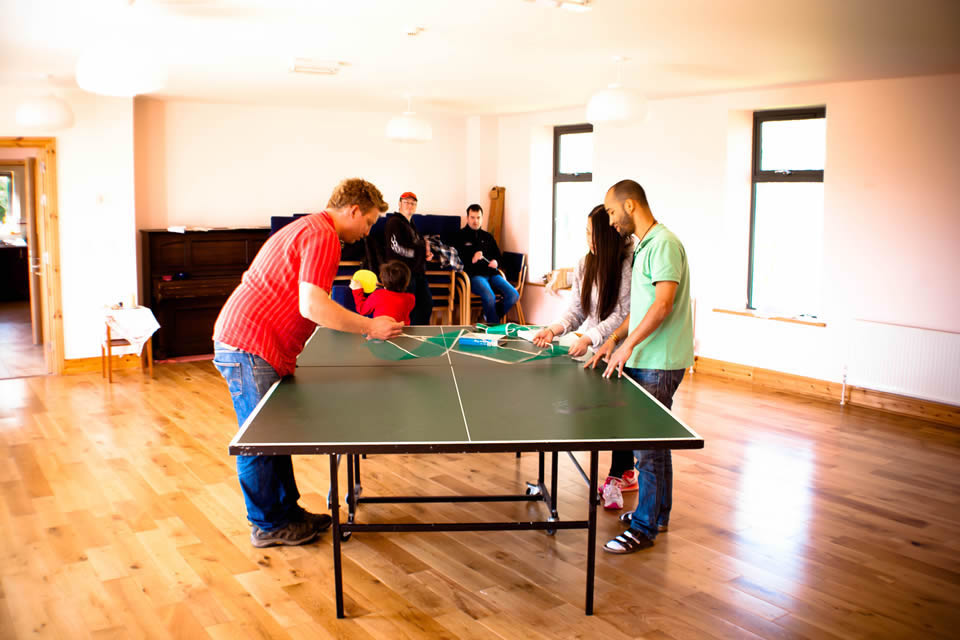