Memories of a Co-worker

Finding the new in the old

My name is Loretta Power and I come from Canberra in Australia. I grew up mostly in Canberra with my parents, two sisters and brother. I had a mainstream education, and not having any strong inkling towards any particular career, completed a Degree in Economics and fell into work in the Australian Public Service in Canberra.

However, in my late 20s I began to wonder: "Is this it for the rest of my life?" I had a definite career path I could follow but a strong sense that I should go and try something I would really like to have a go at and see what would happen. I had toyed with the idea of doing some kind of voluntary work in the third world when I was at university. Having travelled in some developing countries on my holidays, I had realised that decent plumbing and water pressure are essential for me.

In a travel bookshop near my workplace I came across a book called 'The International Directory of Voluntary Work'. That book changed the course of my life. The entries for Camphill caught my eye, and as it is not a regularly used word in the English language, I looked it up on the internet. I found the UK website with its listing of communities.

If I was to go to Camphill I was most interested in living rurally in a community with a good number of people in it. I wrote to many different communities. I was undecided between Camphill Blair Drummond and Camphill Devon. My sister urged me to consider Ireland, because of its beauty and of course, “It's where we come from." After a couple more weeksdeliberating I decided to spend one year in Ireland at Camphill Duffcarrig.

So it was 202 years after Morgan Power from Derrellossery near Roundwood was convicted of being in possession of stolen sheep and transported to Australia, that I arrived back in the 'old country' to try something completely new. My time in Duffcarrig was rich, challenging, amazing and fun, and by the time I was due to go home I had been well and truly bitten by the Camphill bug. I went home to Australia for a little over 2 years to fulfil my commitment to my workplace there and spend time with my last grandparent before she passed away.

On an overcast but not rainy day in March 2004 I flew for the second time into Ireland knowing I was on my way to live in Duffcarrig. This time I was greeted by a bunch of friends from the community who came up in one of the community's buses to drive me - home.

Here I am still 6 years later. 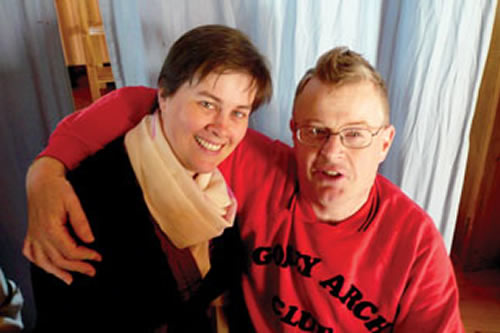