We went on a bike trip early in September. The weather was a bit grey in the morning but we were all packed and ready to go. After some last checks we pedalled along the lovely Kilkenny country roads. The late summer smell in the air and cows and sheep enjoying the lovely grass in the fields. We worked hard and after a number of cups of tea and some snacks along the way we arrived in Thomastown . We had some lunch in the Watergarden and we bumped into some friends. That was very nice.  We had a lovely break and yet another cup of tea and coffee before we carried on towards Inistioge.

The weather had improved and the sun was shining by then. We saw Grennan Castle just outside Thomastown as we traveled along the river Nore.  After a while cycling under leafy trees we got to a big stone bridge at the bottom of the hill.  There was a beautiful  view of the valley. The birds were looking for food on the river bank.

Soon we arrived in Inistioge. We were in good time and we looked around the village.

We followed a sign that led us to St, Columkille’s well. Along the roads and paths and through what looked like peoples back gardens we went and finally found the almost hidden well on the side of the hill.

We stayed in a lovely bed and breakfast near the river. We enjoyed our supper sitting out in the sunshine in one of the local cafes – but the wasps were annoying us a bit.

The next day after a good nights sleep and a delicious irish breakfast accompanied by pots of tea and coffee we travelled to Kilkenny via Thomastown and Bennettsbridge and from there on back to Callan. It was hard work and a bit challenging sometimes but we had a great time and met some lovely and funny people on the way. 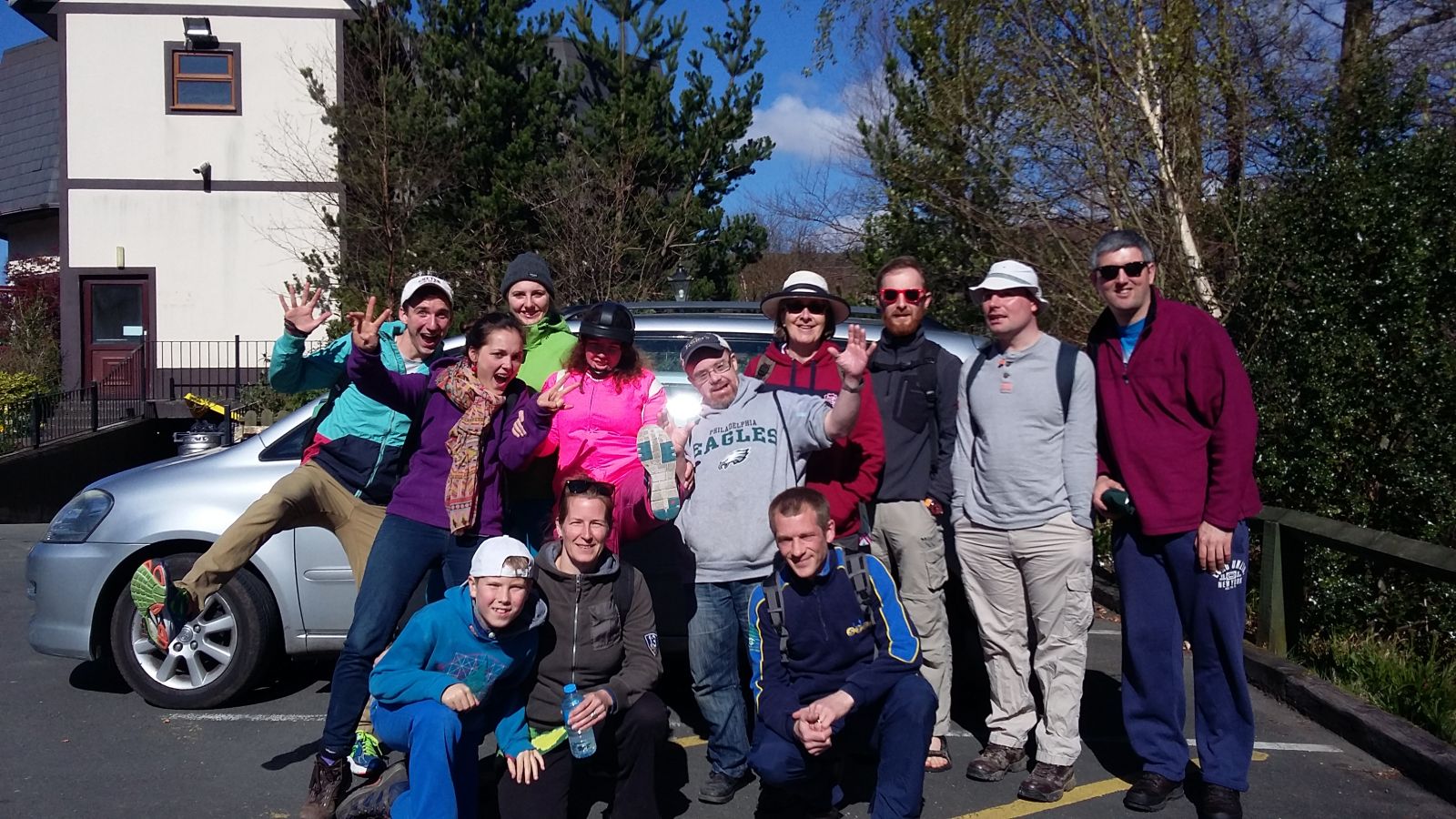 On a lovely sunny April day twelve  of us from Camphill Callan joined the national Camphill Wicklow Challenge fundraising walk, in beautiful Glendalough.  There were over 60 people walking altogether, so it was great fun and very social. With the good company, beautiful sunshine and amazing scenery we hardly noticed that how far we walked ( and climbed!). All of us covered 10km, and the hardy few did an extra loop and covered 20 km. Well done all of us! The sponsor money is still coming in – a great fundraising effort. 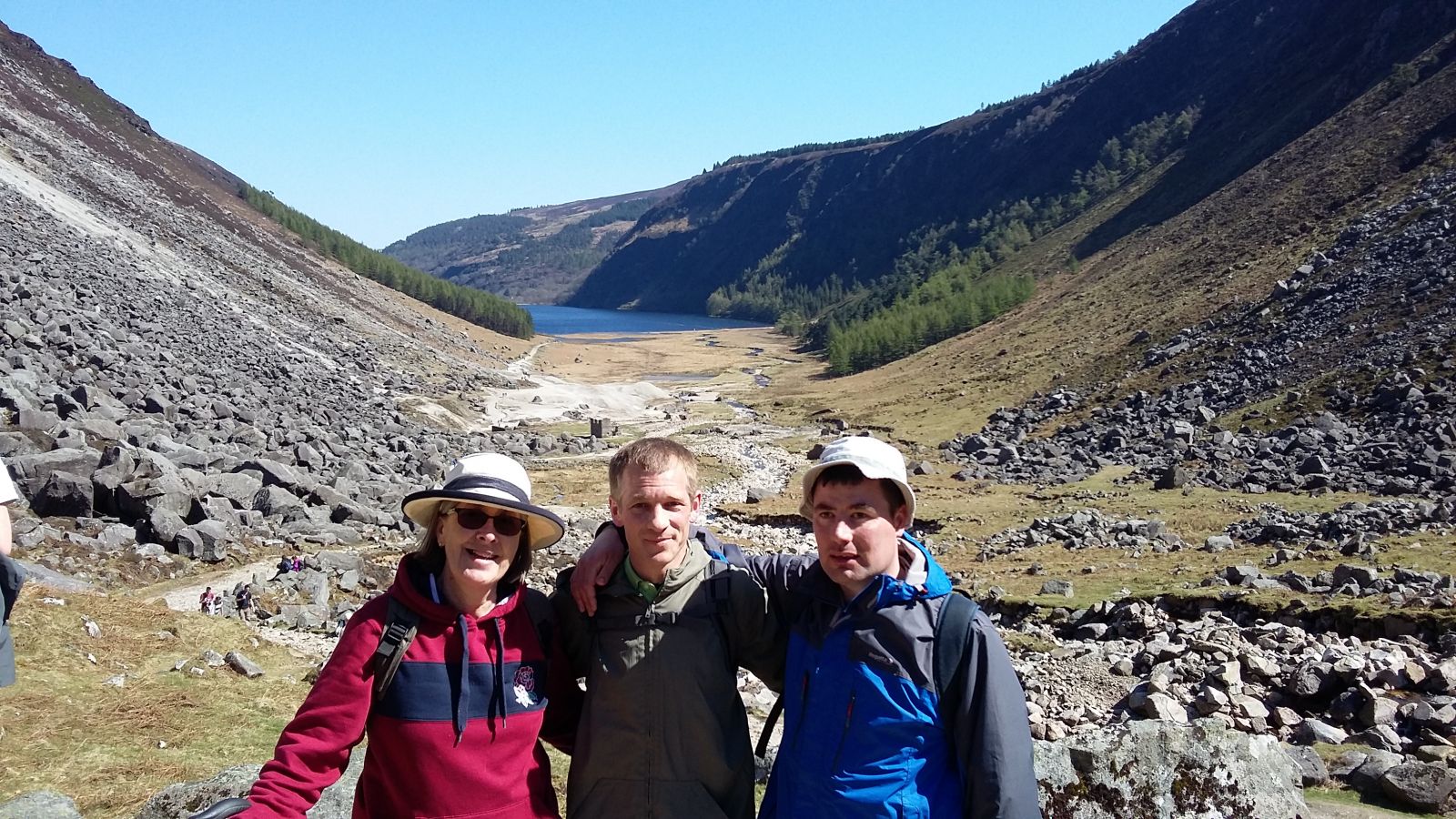 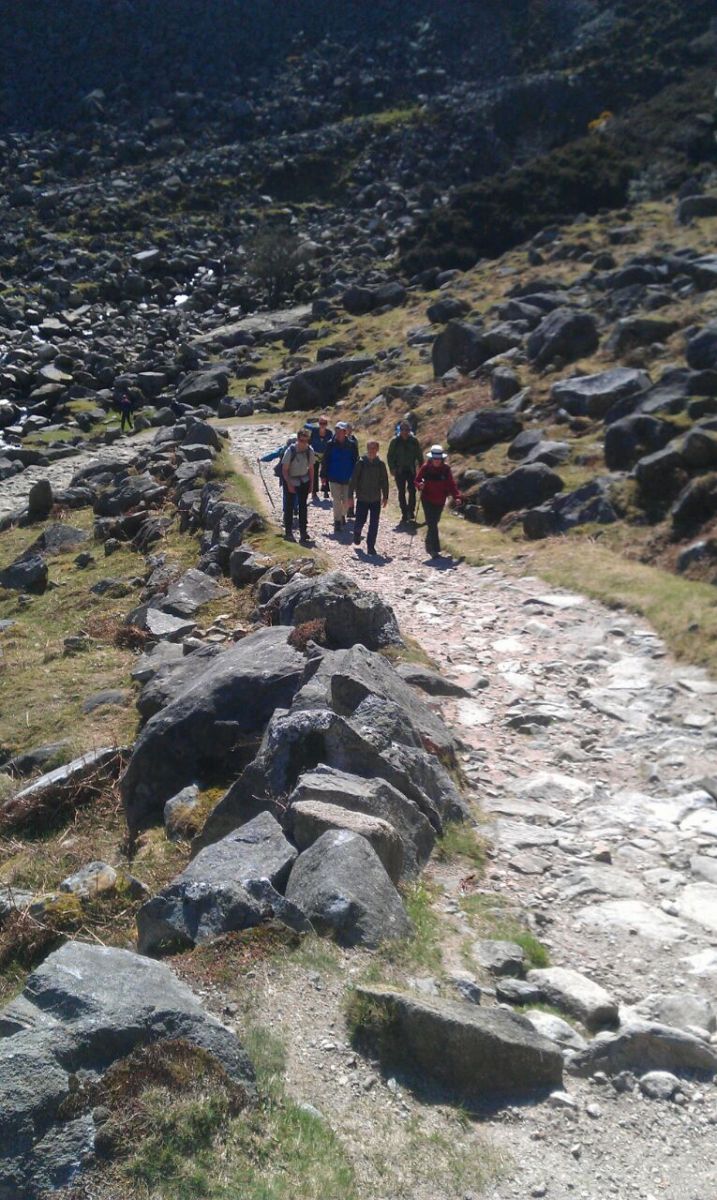 Memory Box was great. I am an actor myself, learning my part in Memory Box. Equinox members we are part of it, me, Shane, Irene, we are making progress. We are confident, we are professional, making the best show ever! We are happy to make theatre, I think it is brilliant.

It was in the Culture magazine of the Irish Times. Come to see it in Dublin, in Axis Ballymun, and in VISUAL Carlow.  The best show ever!

Fintin Kelly (on the right below)

»Memory Box« was devised by the company.

The whole thing started with a box. What do you keep in a cardboard box? And why do you keep it there? Where do you find boxes? What might you find inside – and what might that mean to someone?
Finally, these questions led to an original story set in the 1940s, in a re-imagined second world war. It became the story of a man who is different – and he is hunted down for being different. But all he wants is to be treated like anybody else, to be allowed to love and be loved, to have and to keep his own memories. In the end, it is a play about the right to be treated as a human being.

It’s a Mystery. It’s Fantasy. It’s Science Fiction. But above all, it is an emotional and touching love story.

Although the company has done the show before in 2013, it is now on tour for the very first time.